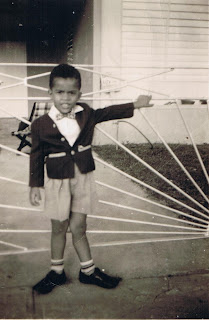 I grew up in Jamaica surrounded by Adinkra symbols. Notice the "grill work" on the gate. In fact, I think every Jamaican house has some kind of Adinkra symbol woven into the gate or over the window. 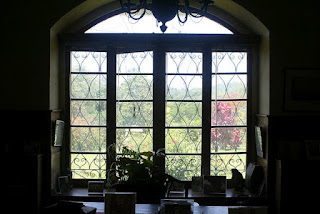 A window in the main house of Prospect Plantation near Ocho Rios,
Jamaica. 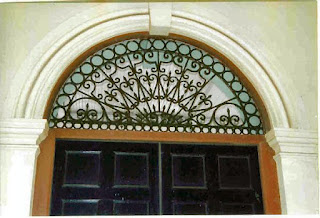 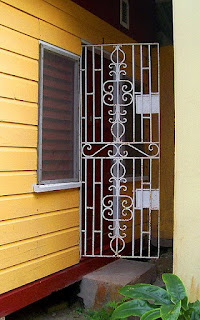 A "Grill" in Negril.

It wasn't until I began working with several artists here in Miami that I realized what some of them meant. I suspect that many people in Jamaica pass by these symbols on their windows, gates, and security bars every day without realizing their significance.

As I was writing Marcus and the Amazons and working with the illustrator, Patrick Pollack, we decided to use Adinkra symbols throughout the book to highlight important traits in the characters.


For example, the main character, Marcus, named after Marcus Garvey--a holy warrior, has the symbol, NYAME YE OHENE: "God is King," on the front of his tunic. 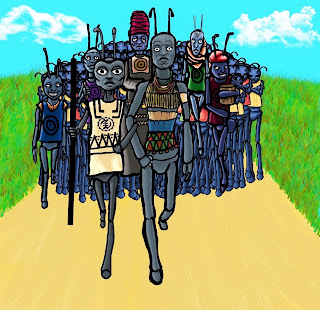 One of these days, I would like to do a reading tour of all the Adinkra symbols on historic sites and houses in Jamaica to see if people knew what their gates and windows were saying. Or did they just think it was a pretty design?


These lead me to ask


If you enjoyed this post, check out my page on Amazon. I’d also be very grateful if you’d help it spread by emailing it to a friend, or sharing it on Twitter or Facebook.

Email ThisBlogThis!Share to TwitterShare to FacebookShare to Pinterest
Labels: Essays

I think most of us just like one design or another without realizing that they had special meanings. I wonder if the grill workers knew that they were more than mere designs. It would be fascinating to learn more about this.

@Andrew, let me know if you find anything interesting.

@Hazel, we're sleepwalking through so much of our history.

I'm so glad a friend shared this post with me. Thank you for pointing this out. I've painted a few Adinkra symbols on the walls of my home as reminders of messages I want to share with myself and my daughters often. I'd like to believe that the use of the symbols on Jamaican grills were perhaps in origin, messages for us to share and to remember.

Give thanks for the comment, Execumama. I think they may have been... but too many careless Ethiopians...