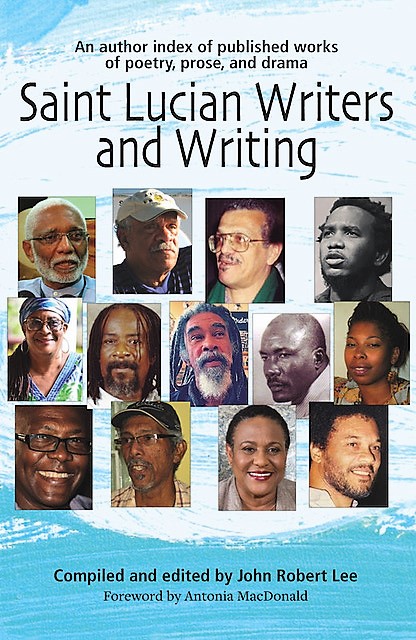 Papillote Press announces the forthcoming publication of "Saint Lucian Writers and Writing: An author index of published works of poetry, prose, and drama" compiled and edited by the Saint Lucian librarian and poet Robert John Lee, with an introduction by Antonia MacDonald.

"A fascinating bibliography that turns a list into the life of a nation."

Papillote Press is a small independent publishing house based in London and Dominica.

ABOUT THIS BOOK: This superb author index of poetry, prose and drama explores the writing landscape of a small Caribbean island. Everyone – from the internationally acclaimed Derek Walcott, to self-published unknowns – are there. But this bibliography is not just about literature, it also features the social, political and cultural dimensions of Saint Lucia, from scholarly essays to the ephemera of funeral pamphlets and recipe books. It turns a list into the life of a nation.

ABOUT THE AUTHOR: John Robert Lee is a Saint Lucian poet, author, editor, journalist, professional librarian, and teacher. His poetry and short stories have been widely anthologised. His latest collection of poems, Collected Poems 1975-2015 was published in 2017. A graduate of the University of the West Indies, he has taught literature, creative writing, and library science for many years. He has also worked as a journalist in newspapers, radio, and television. He lives in Saint Lucia.

IN PRAISE of Saint Lucian Writers and Writing:
John Robert Lee’s bibliographical work is a magnificent act of scholarship that brings the rich and long history of Saint Lucian literary culture to life. Both record and tribute, this inclusive and educative bibliographical study includes an important introduction on the publication history and print culture of Saint Lucia. A work of literary heritage in itself, this study also actively engages publishers and researchers with an eye on the future as well as the past. — Professor Alison Donnell, University of East Anglia, UK

Compiled with the sensitivity of the poet he is and the scrupulousness of the archivist many know him to be, John Robert Lee’s Saint Lucian Writers and Writing is vital work...This is a great start to discovering what the storytellers of one country have been busy building with words—and we’re talking beyond the usual suspects. — Robert Edison Sandiford, author of the novel And Sometimes They Fly, and editor (with Linda M. Deane) of Shouts from the Outfield: The ArtsEtc Cricket Anthology, Barbados

Always, I am in awe of the industry, the monk-like devotion that John Robert Lee brings to the self-chosen obligation of chronicling aspects of our artistic history... In what seems like a season of neglect — and indeed destruction — of our artistic and cultural heritage, this bibliography is an ark. And gratitude is joyfully rendered to its builder. — Kendel Hippolyte, poet/playwright, Saint Lucia

All the world has heard of the late Sir Derek Walcott. But there have been many other Saint Lucian writers of note, some of them with a regional reputation in the Caribbean, others still little read outside of — or even within — Saint Lucia itself. John Robert Lee’s Saint Lucian Writers and Writing offers the first comprehensive bibliography of Saint Lucian literature...As both scholar and general reader, I am grateful to John Robert Lee for this comprehensive guide. — Paul Breslin, Professor of English, Emeritus, Northwestern University, United States, and author of Nobody's Nation: Reading Derek Walcott