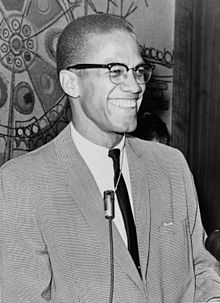 Not many days come along quite like Saturday, May 19, 2012, in Miami, Florida, when, on the birth date of the late Malcolm X (who would have been 87), a special “Memory Day” for the sharing of oral histories and memorabilia at Historic Virginia Key Beach Park (HVKBP), 4020 Virginia Beach Drive, off Rickenbacker Causeway, will begin with a traditional symbolic Leaf Ceremony of reconciliation and healing, conducted by a visiting African king at 10:00 a.m.

"Memory Days,” were a vital part of the broad community effort which began more than a decade ago to reclaim and restore the historic beach, saving it from exclusive private development and establishing it as a historic and environmental landmark.  These were special days set aside at the park (which was still closed down) for the sharing of recollections, reminiscences, and articles of memorabilia (snapshots, brochures, etc.) of the park, particularly in its heyday as Miami’s only “Colored Beach,” which were recorded on video  as a permanent record of important history which is documented nowhere else.

Saturday’s Memory Day renews this popular event, which also provides the fun and surprises of a “family reunion” atmosphere, and is designed to include the oral histories of younger generations as well.  These valuable stories, from spiritual rebirths (baptisms) to first kisses, to historic gatherings, to Splashdown parties, are all more valuable than ever today, as the entire Historic Beach Park is about to become the “indoor/outdoor museum” which the community envisioned more than ten years ago, beginning with displays and features which require as much accurate information as possible.

Providentially, the day is also an opportunity for people to share their memories of Malcolm X as well.  Malcolm X did not enjoy the same kind of widespread acceptance as his fellow fallen hero Dr. Martin Luther King Jr., but this in some ways made him an even stronger and more credible voice in the African American community, and he was certainly no less of an important historic figure.  His remarkable rise from family tragedy and the life of a street hustler to a globally respected and dedicated activist for human rights is a story that has been too little known and too often misunderstood or misrepresented, as so often happens with some of the most inspired and inspiring leaders.

It is therefore only fitting that a day with so much meaning and so much to offer should be launched in such a special way, as an African King, H.M. Nii Dr. Kpobi Tettey Tsuru, III, of the Traditional Area of La, Ghana, West Africa, which includes the capital city of Accra, culminates his third goodwill visit to South Florida at HVKBP, where he has long desired to pay tribute to the local history and community, bringing a message of reconciliation and reconnection as we strive to overcome the continuing consequences of more than four centuries of the Atlantic “slave trade,” slavery, and colonialism.

Finally, certainly not to be overlooked, this special day, and this important ritual invocation of ancestral strength, knowledge, and spiritual guidance (the King is also a Christian minister) will all start by honoring and giving thanks to the land itself and its original inhabitants with a Native American Opening of the Way ceremony conducted Carib Tribal Indan Queen Mrs. Catherine Hummingbird Ramirez, who played a key role in the saving of the Miami Circle sacred site, where she continues to hold weekly prayer vigils on Tuesday evenings.

As a day of history, reconnection, and fun, Saturday, May 19 at Historic Virginia Key Beach park will be history-making in itself and is sure to be fondly remembered by generations to come.

If you enjoyed this post, check out my page on Amazon. I’d also be very grateful if you’d help it spread by emailing it to a friend, or sharing it on Twitter or Facebook.