"Gone to Drift" by Diana McCaulay 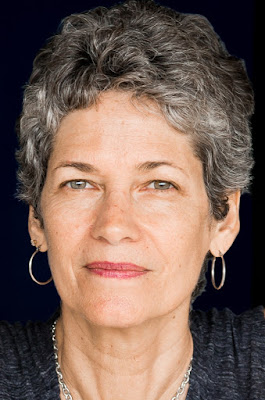 Gone to Drift tells the story of Lloyd, a 12-year-old boy from Kingston and his search for his beloved grandfather, Maas Conrad, a fisherman who is lost at sea. Lloyd suspects that his grandfather has witnessed an illegal capture of dolphins for the tourist trade and that he has come to harm. No one wants to help Lloyd except for an uptown girl who studies dolphins, his best friend Dwight and a mad man called Slowly on a sun-baked beach.

Interspersed with Lloyd’s quest on land and sea is a second voice - of Maas Conrad himself, who, unknown to Lloyd is alive but marooned on a rock. Gone to Drift is an exciting adventure story in which Lloyd discovers that the enemies of his grandfather - and of the Caribbean Sea that he loves are closer to home than he could ever imagine.

Gone to Drift is built on McCaulay's 2012 Regional Commonwealth prizewinning short story, The Dolphin Catchers. McCaulay, the author of two acclaimed earlier novels, Dog-Heart (2010) and Huracan (2012), is now working on a memoir.
Gone to Drift will be distributed to schools and libraries throughout Jamaica - and the wider Caribbean - as part of the prize awarded by the Canadian charity, CODE. This is an annual awarded given for Young Adult novels written by Caribbean authors, in partnership with Trinidad’s Bocas Lit Fest.

A lifelong resident of Kingston, Diana McCaulay founded the Jamaica Environment Trust in 1991 and still serves as its CEO and guiding force. She is also a former Gleaner columnist. She says: “As reading meant so much to me as a teenager, I’m hoping Gone to Drift will be read and enjoyed by many Caribbean young people. I wanted to pay tribute to our long tradition of fishermen, and to look at what the loss of traditional livelihoods and the depletion of fisheries in the Caribbean means to us.” 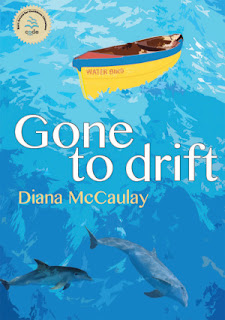 For further information, please contact info@papillotepress.co.uk
on March 09, 2016 No comments: