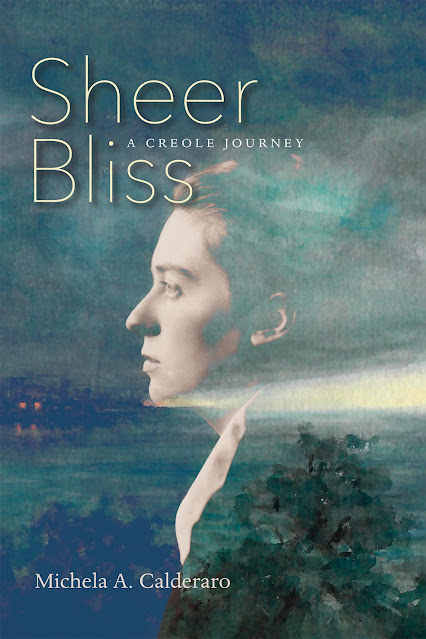 By Michela A. Calderaro

“We all know Jean Rhys. But now, out from under the shadow of her more famous contemporary, comes Eliot Bliss. Bliss: an early twentieth century, white creole, Jamaican, lesbian writer. Bliss: whose out-of-print 1931 novel Saraband Calderaro first stumbles across in a bookshop in New York in 1998. Bliss: the absent figure Calderaro pursues throughout this book. The scholar Michela Calderaro reads into the past to recover Bliss, a writer she reveals as ahead of her time and not fit for her time or place in the world. Calderaro delivers Bliss back to the present, through interviews conducted across many years with Bliss’s lifelong partner Patricia Allan-Burns, through the recollections of editors and friends painstakingly tracked down, through letters and diaries discovered and meticulously pored over and pieced together. Calderaro’s book is, like Bliss’s own novels as we come to learn, genre-defying. One part biography, one part criticism, one part memoir, one part detective story, Sheer Bliss carries us on the ‘treasure hunt’ Calderaro enacted over twenty years of research and personal devotion to solving a literary puzzle: Who exactly was Eliot Bliss and why were she and her work forgotten? Calderaro answers in luminous prose and what amounts to the most suspenseful excavation of a writer’s life and lost-then-recovered legacies I’ve yet encountered.”

Michela A. Calderaro has taught English and postcolonial literature at universities in Italy and the United States. She is the author of A Silent New World: Ford Madox Ford’s Parade’s End and editor of Spring Evenings in Sterling Street: Poems by Eliot Bliss.

Revisiting Narratives for Her True-True Name, 1989. 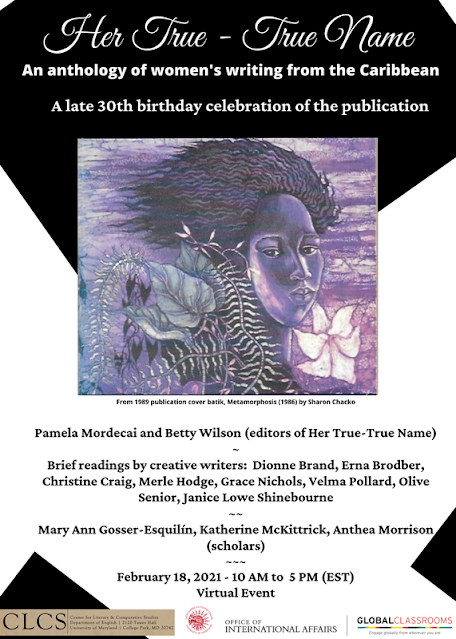 In 1989, Heinemann published, in its Caribbean Writers Series, the collection Her True-True Name, edited by Pamela Mordecai and Elizabeth (Betty) Wilson.  Vicky Unwin was the Heinemann series editor.  Mordecai and Wilson, from the Anglophone Caribbean, had a pan-Caribbean vision for the collection.  In the “Acknowledgements,” they credit Carmen C. Estevés, Rosario Ferré, Mark McCaffrey, Lisa Paravisini, and Diana Vélez for permission to use translations of Hispanophone works.  They credit their own translators, Fernanda Steele, Claudette Williams, and Karin Wilson, for helping to make it possible to work across language groups.  They also credit Annette Insanally, Mervyn Morris, and Joseph Pereira at the University of the West Indies, Mona, and Susan Homar and Emily Krasinski of the University of Puerto Rico for their help identifying and locating Cuban and Puerto Rican excerpts for the collection.

As we think about interrogations of Caribbean identity today, it is instructive to revisit comments made by the editors thirty years ago, when they considered the difficulties of working across language groups, but thought “it was vital” that “our sisters from the non-English-speaking Caribbean should be represented.”

One major aim of the collection was to introduce the voices of women writers to a wider readership.  In that 1989 collection, the editors noted, “Despite the fact that it is an important and not insubstantial body of literature, until quite recently Caribbean women’s writing has received little attention from readers, critics and scholars alike.”

The collection, now out of print, includes excerpts from the work of several Caribbean women writers living at home in the Caribbean and in various parts of the Caribbean diaspora.  It helped bring to public and scholarly attention the work of a wide range of writers. 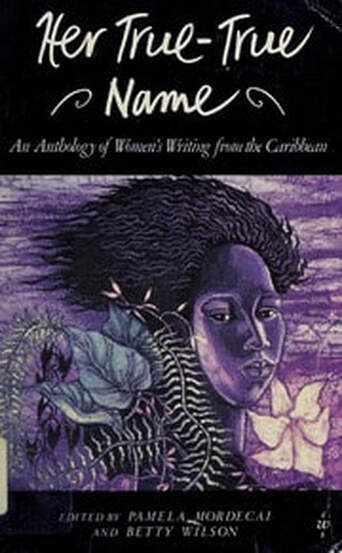