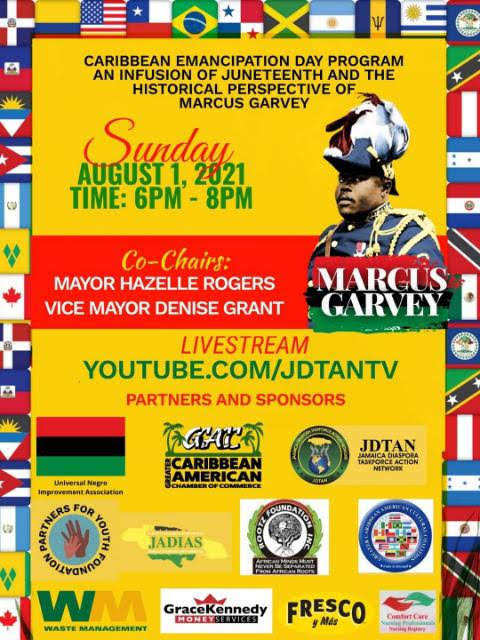 On Sunday, August 1, 2021, from 6 pm to 8 pm, the Clear Garvey's Name Committee presents The Caribbean Emancipation Day Program, an infusion of Juneteenth and the historical perspective of Marcus Garvey.

Geoffrey Philp, author of Garvey's Ghost and My Name is Marcus.

The program co-chaired by Mayor Hazelle Rogers and Vice Mayor Denise Grant will be live-streamed at the following site: Youtube.com/JDTANTV, Facebook, and Jamaicans.com and will be seeking public support for a Presidential pardon of the Right Honorable Marcus Mosiah Garvey: