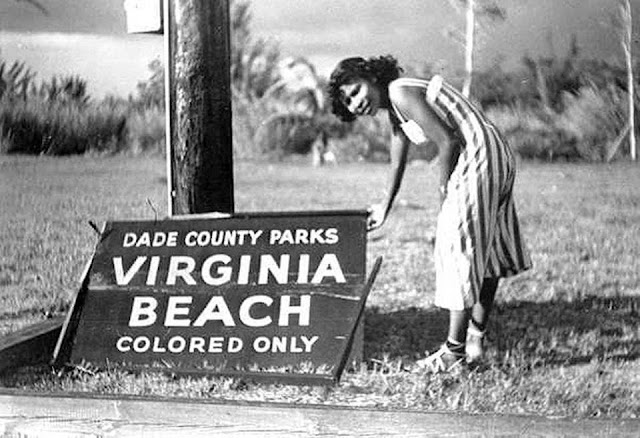 Historic Virginia Key Beach Park (HVKBP), Miami’s restored, reopened, and fondly remembered onetime “Colored Beach” of the segregation era, gained fame in its heyday as a hub of South Florida Black life, bringing together all neighborhoods and social classes, residents and visitors, working folks and celebrities, and family, church, and organizational gatherings large and small, at a remarkably scenic stretch of shoreline along  Bear Cut, the waterway which separates the two islands of Virginia Key and Key Biscayne, where it meets the Atlantic Ocean.

It is perhaps therefore only appropriate that when the Beach celebrates in grand style of the 70th anniversary its official opening on August 1 1945, that celebration on that date will bring together numerous other remembrances, of both triumphs and tragedy which have contributed  importantly to the unique saga known as the Black experience in the Americas.

What a day indeed August 1 represents in African World history:  Perhaps most famously, in the world beyond our shores, it is Emancipation Day, the date in 1834 that legal slavery officially ended throughout the British Empire, most notably in the Caribbean islands and related colonies.

That joyous celebration was tempered, however, by two facts:  First, there were technicalities that made freedom a more gradual process; and secondly, the slaveholders were very generously compensated by the British government (at taxpayers’ expense) for their “losses” of an unpaid labor force.

(Interestingly, in very timely fashion, the archival records of all those who received compensation have come to light, revealing the names of some 46,000 British “slave” owners, including ancestors of some of today’s most prominent families and public officials, among whom is Prime Minister David Cameron.)

Nonetheless, a declaration of freedom anywhere is cause for celebration everywhere, especially in the United States, where the nightmare of slavery would persist for another three decades, and so, on August 1, 1842, as throngs of Black people celebrated the 8th anniversary of British Emancipation in Philadelphia, PA, “the City of Brotherly Love,” the peaceful  marchers were attacked by a white (mostly oppressed Irish) mob, thus launching what history known as the Lombard Street Riot, which lasted for three days, with many Black people beaten and their homes looted, and a Black church and Abolitionnist meeting hall burned to the ground.

Closer to home in both time and geography, in Miami, Florida, the protracted struggle for justice and equality continued into the 20th century with a major victory 70 years ago on August 1, 1945, when Virginia Key Beach was officially opened as an instantly popular Dade County Park for the exclusive use of Negroes, during the Jim Crow segregation days.

It was a not a victory for integration (that would come later), but for acquiring a “separate and equal” bathing beach for the Colored population where none had existed before, and came in response to a courageous protest and demand issued only months earlier.
The beach would go on to be developed into one of the finest Negro parks in the South, a place oof beauty and joy attracting visiting celebrities, including Dr. Martin Luther King Jr., as well as local residents to amenities that were very close to the equal of those on Crandon Park.

Yet, even as recently established Virginia Key Beach was blossoming into a much-cherished hub of social, cultural, and spiritual activity, August 1, 1947 would enter history as one of Miami’s bleakest days, as on that Sunday, under eminent domain, no less than 35 African American families were forcibly evicted from the Railroad Shop Colored Addition neighborhood, with their possessions hauled out to the street (many of which were destroyed by the rain that evening), to make room for building a new school (present-day Allapattah Middle) and park for White residents.

There is a movement to rename the school so as to recognize this history, possibly in memory of the late Georgia Jones Ayres, who did more than any individual to ensure that the story was not forgotten, and made known to newcomers to Miami.

On August 1, 2915, the past struggles for justice and equality, particularly of African Americans and Native Americans (the earliest recorded history of Virginia Key Beach is of the killing of three Seminoles  at the site by U.S. forces in 1838), will be remembered in the most effective way, with a joyous celebration that pays tribute to the generations before us who passed on the gift of life and unprecedented opportunities, and a legacy to younger generations, some of whom are creating their own fond memories today.

The day-long celebration, which is free and open to the public (but with Sunpass toll on Rickenbacker Causeway, and a parking fee of $8 per vehicle), will feature free amusement rides, exhibitions entertainment, a vintage car show, and much more.

A Hymn for Bree Newsome 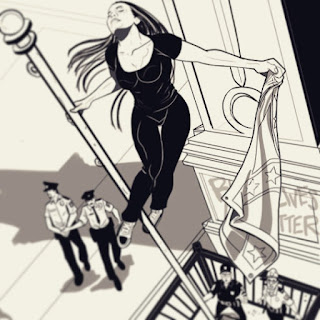 How could Bree have known, as the ash from blackened
churches coated monuments that mocked the slaughter
of Charleston’s innocents, who had invited a fiend,
unafraid of the hallowed ground of Africans, into the midst

of their sanctuary where he would spill blood over the pews
and taunt the god who had promised to lift the yoke off
their backs brailled with stripes of the Klan, the midnight
raiders whose flaming crosses had struck terror into the marrow

of her ancestors, yet who remained unbowed and whose voices
rustled through the live oaks surrounding the capitol--
that when she stripped the pole of its stars and bars, the fear


that had held generations would disappear from southern skies?