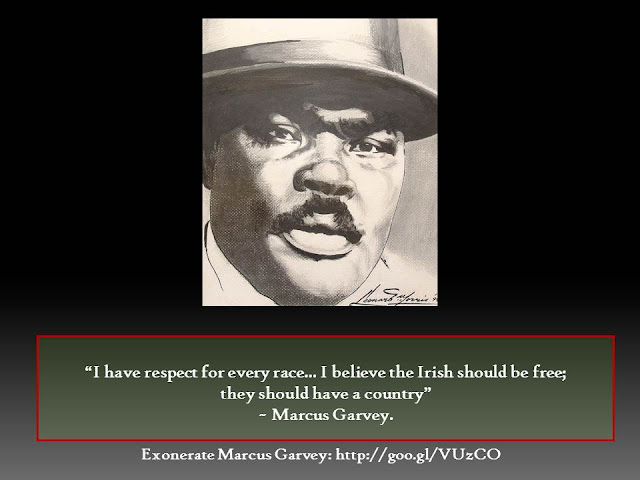 The unqualified achievement of the Universal Negro Improvement Association and African Communities (Imperial) League (UNIA-ACL) led by Marcus Mosiah Garvey (1887-1940), the first National Hero of Jamaica, owed its success to many sources.

One of Garvey’s main influences was Booker T. Washington, whose vision of self-help through education and economics was the main impetus behind the movement. However, Garvey’s organizational strategies for the liberation of people of African descent closely modeled the slogans and methods employed by Irish nationalists such as Padraig Pearse, Robert Emmet, Roger Casement, and Eamon de Valera.

In 1914 when Marcus Garvey returned to Jamaica from England, his heart and mind bursting with ideas for the freedom of African peoples, one of his first official acts was the creation of the Universal Negro Improvement Association and African Communities (Imperial) League (UNIA-ACL), whose slogan was “Africa for Africans at home and abroad” an echo of the oft repeated Irish slogan, “The Irish race at home and abroad.”

Even the choice in naming of the UNIA-ACL headquarters, Liberty Hall, was a nod to “Liberty Hall, Dublin, the symbolic seat of the Irish revolution.”  In The Philosophy and Opinions of Marcus Garvey, he repeated his conviction and alliance with the Irish cause: “Marcus Garvey has no fear about going to jail. Like MacSwiney or like Carson, like Roger Casement, like those who have led the fight for Irish freedom, so Marcus Garvey shall lead the fight for African freedom” (183).

To say that the Easter Rising of 1916 had a profound effect on Garvey would be understatement. But Garvey’s familiarity with the revolutionary struggle of the Irish people began long before that fateful week:

As early as 1910, Garvey was assistant secretary of the National Club of Jamaica, a group whose activities marked the first attempt by Jamaicans to create a nationalist political platform. The club's founder, S. A. & G. Cox, absorbed the influence of the Sinn Fein movement while he was enrolled as a student, beginning in 1905, at the Middle Temple in England… The Jamaican historian Richard Hart has pointed out that "for [the National Club's] newspaper Cox chose the name Our Own, a rough translation of the Irish nationalists' Sinn Fein."

Indeed, Garvey’s most audacious plan, the Black Star Line, which led to his imprisonment on trumped up charges brought by J. Edgar Hoover and the US Justice Department, was another symbolic nod to the Irish struggle:

RUPERT LEWIS: The idea comes to Garvey that black people need a shipping line, and he bases his idea on the fact that the Cunard family has the White Star Line and the Irish have the Green Star Line, and he says, "Why shouldn't blacks have the Black Star Line?" So it is a vision of grandeur.

Perhaps the greatest influence on Garvey’s strategies was the courage of the Irish heroes. As Robert Hill points out:

In July 1919, Garvey announced that "the time [had] come for the Negro race to offer up its martyrs upon the altar of liberty even as the Irish [had] given a long list from Robert Emmet to Roger Casement.

Yet it wasn’t only the courage of the Irish that moved Garvey. During the International Convention of the Negro Peoples of the World at Madison Square Garden, August 1-31, 1920, Marcus Garvey gave a speech to thousands of UNIA delegates from twenty-five countries and accepted the title of “Provisional President of Africa.” This was not an accident. During the Easter Rising of 1916, Padraig Pearse had been named “President of the Provisional Government” before his martyrdom on May 3, 1916.

However, Garvey’s closest personal relationship with Irish nationalism was with the Hon. Eamon de Valera. In fact, they had even arranged for a speaking engagement to share the platform:

Although the meeting did not take place, Garvey continued his relationship and emulation of de Valera:

The example of de Valera's clandestine travel between America and Ireland also became an object of emulation for Garvey. In his speech at Liberty Hall on the evening of 6 January 1921, he alluded to his impending departure for the Caribbean and Central America: "Two weeks from this I shall suddenly disappear from you for six or seven weeks," he told his audience. "You won't hear from me during that time, but don't be alarmed because we Negroes will have to adopt the system of underground workings like De Valera.

Marcus Garvey’s meteoric rise to fame and influence was due to his knowledge of the struggle for Irish freedom. From the outset of his career, Garvey recognized the kinship of the Irish and Pan-African struggle for freedom from the British Empire. Garvey’s awareness of the slogans and methods of Irish nationalists as well as his connection, personal and symbolic, with Irish revolutionaries, shaped the direction of the UNIA-ACL and provided a framework for the struggle of Africans at home and abroad. As Garvey said in his famous Chicago speech in 1919, “Robert Emmet gave his life for Irish independence . . . and the new negro is ready to give his life for the freedom of the negro race."
It is no wonder that the historian, William Ferris, would give this final summation of Garvey’s career: “the same courage which St. Patrick showed in delving the pagan gods of Ireland Marcus Garvey shows in defying Anglo-Saxon caste prejudice." Marcus Garvey's life was a testament to the kinship of Irish and Pan-African freedom fighters in the liberation of their people. 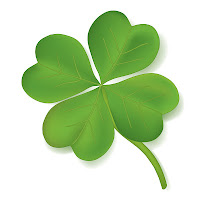