Sheltering in Place? A Few Books About Marcus Garvey 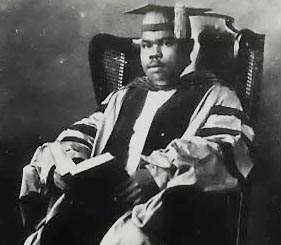 Inspired by the daily series, “A Black History Lesson” by Dr. Marvin Dunn. I’ve decided to compile a list of books about Marcus Garvey. This is by no means a definitive list, but merely a primer for parents who want to teach their children about Marcus Garvey while we are sheltering in place or for anyone who is interested in the work of Marcus Garvey, but doesn’t know where to begin.

Most of the books are available on Amazon and if they’re not, I've included a link so you can download the book.

Marcus Teaches Us by Eleanor Wint
A Man Called Garvey: The Life and Times of the Great Leader by Paloma Mohamed.

Rasta and Resistance: From Marcus Garvey to Walter Rodney by Horace Campbell

Louisiana by Erna Brodber
The Marvellous Equations of the Dread: A Novel in Bass Riddim by Marcia Douglas
Garvey’s Ghost by Geoffrey Philp

For more information on Marcus Garvey, you can also visit these sites: