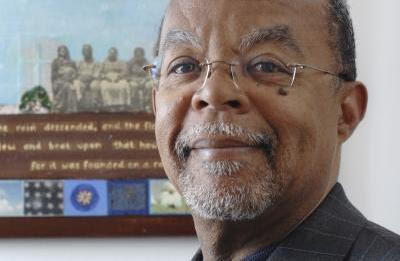 ***
This is an issue about which I've blogged before in "Fear of the Perp Walk," and incidents like this strike fear in the heart of every male of African descent in America. The larger implication of these actions are intended to say, "If we can do this to him, we can do it to you."

Let’s see if I’ve got this right. You are seen breaking into your front door in the middle of the afternoon, and when the police arrive you decide to be an a-hole. Well guess what? You get what you deserve no matter what color your skin is.
Read my take on it and stick around for more good content.
http://libertarianhumor.com/2009/07/21/gates/

Ed, let me tell you something from personal xperience. The trouble begins if you don't tuck your tail between your legs and say, "Yes, suh" or "Yes, boss." And it goes for Black men of all ages.
Dave Chapelle does an interesting take on this when he talks about the things that his white friend, Chip, can do and that he can't.

If the police had gotten the report that someone had been seen breaking into a house, they arrived and saw Professor A, a 58 year old white professor--who I assume would have been dressed impeccably, as I have often seen him--would the same incidents have followed?

Geoffrey, I agree with you. In my own experience, I've been locked out of my home a few times and have had to break in. The last time it happened, I was trying to break a window with a brick when a police cruiser passed my house. The officer waved hello, and even though I waved back, I was perturbed because if I had looked like Professor Gates, I feel quite certain that the officer would not have merely waved hello, and it made me wonder if the officer would wave at an actual intruder one of these days.
Since then, I've given copies of my house key to a few trusted friends.

For the life of me, I can't see 58 year old Skip Gates being a threat to anyone--except intellectually.

We have three observations about the Harvard professor incident:

1. We find it interesting that the fact that this was the professor's home was evidently not established early on way before the dispute escalated;

2. We find it fascinating that the versions of two members of society, who most would ordinarily view as responsible and honest citizens (this obviously does not include politicians), would vary so dramatically from a factual point of view.

3. Finally, considering that the reading and viewing public were not present at the scene (and thus have no first hand knowledge), and that there is no video tape to our knowledge of the sequence of events and what was said, how so many have formed conclusions, and made assumptions, about who did what and who was wrong.

There are some things which Professor Gates might have considered upon the arrival of the police, no matter how incensed he may have been.

This could also have been a head-butting match between 2 Alpha males with racial overtones, because Dr. Gates is a national figure, it has pulled all of us into the debate.

Trust me, things like this are happening right now to black men who don't have the high profile that Dr. Gates has, and they are not getting the same exposure.

We are all viewing the incident through the lens of our racial experience and what I find interesting is that many whites refuse to think otherwise. It is as if whites seem to think that the police are their last defence against the howling black mobs.

We need an honest debate about police treatment of black men in America.