Am I a Writer? 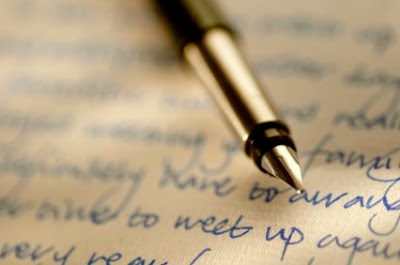 Teaching creative writing has been one of the most rewarding activities in my life because it gives me the opportunity, as an inheritor of certain traditions, to situate my work within the flow of Caribbean literature and to transmit these values to my students.

One of the more frequent questions that I get from my students (usually by the second week) is "Do you think I'm a writer?" My usual response is, "If you hear on the news that Miami is under a hurricane watch, and you begin to pack pen, paper, and then, water, food, flashlights…you are a writer."

Or rather I should say, "You are a human being who because of certain experiences takes the role of writer seriously." Writers know their priorities. It is also part of the realization that as a writer, one has to be always prepared for those lucid moments that Anthony C. Winkler describes in Trust the Darkness: My Life as a Writer: "Taking pictures with my mind was something I had begun doing quite early, when, I do not remember, and why, I still can's say. What I do know is that every now and again, during a heightened moment when something particularly intense is happening or some spectacular view is unfolding, I hear a slight click in my head that tells me that my brain is taking a picture" (61).

Nearly every writer I know has experienced this "click in the head" or something like it, and unless one has the kind of memory that Winkler possesses "to recall the moment in all its vividness," one usually resorts to pen and paper to record the details of the event.

The best example that I can recall about this "click" (and when I was unprepared) was in 1996 when I decided to write a series of poems in response to Midsummer by Derek Walcott. But instead of writing poems that spanned two summers, I decided to follow the calendar year and write at least one poem per week.

So, during Easter Sunday in 1995, while my wife and I were visiting her godparents, Don Luis and Doña Asela, one of those "heightened moments" occurred and didn't have paper, pen, or even a pencil. It was a particularly depressing event. Don Luis was dying of cancer and Doña Asela, who was always his support, was fading into the twilight of Alzheimer's: "the shoals of her minds nibbled by the sea of a further shore."

I had gone to the hospital without paper or pen as a sign of respect for Don Luis and Doña Asela, but then life and poetry come at you when you least expect it.

And when Don Luis said, "Todos tenemos zapatos que nos aprietan," which roughly translated means, "We all have shoes that squeeze us," the camera went off, and I was naked.

For the rest of the visit, I was in a daze--mentally recalling all the details--but when I got home, I knew that I hadn't gotten all that I'd wanted to capture.

So the next day, I did something that I've never done before. I paid for a poem.

Let me explain. I had to go back to Mount Sinai Hospital to pay ten dollars for parking, which the day before had been free. I sat in the lobby, wandered through the gardens, writing down all the things that I needed to complete the poem as a proper tribute to Don Luis and Doña Asela.

"easter song" was the name of the poem that emerged, and it was eventually published in hurricane center:

On the walkway between the warner
building and saunders pavilion, mt. sinai,
a boy, recorder in hand, practices, "row, row
row your boat" to bands of gold lantanas
sunning under the tinted dome
of the ruth and sidney harris garden
with its iron butterfly mounted
near the corner where my daughter sips
water from a fountain--above her head:
to my husband, the love of my life
while the other kids play hide-and-seek
around the statue of the burning bush--
a symbol of god's love for humanity,
above our heads, so many dead, dying,
overlooking the emerald bay, battered
in the wake of cruisers ploughing
past idlers this easter sunday, on our yearly
ritual to present ourselves, the children,
to my wife's godparents: don luis, always
nattily dressed, with so few months to live,
a paisley suit on a stick, his lungs, liver, soon
his cortex invaded by colonies of corpuscles, plotting
their own death; doña asela, always the stronger,
floral nightie, stubs of hair, gray to the root, held
bravely by pink ponytail holders, the shoals
of her mind nibbled by the sea of a further shore.
she barely recognizes us, the children, so we apologize
for not visiting more often, don luis whispers
over the sand in her throat, "todos tenemos
zapatos que nos aprietan," and as we leave
the garden, its queen palms shrubbed
by bachelor buttons, we glimpse the stone
flame behind him, for it still burns,
it still burns.

Joseph Campbell once said, "All life is a meditation," and if that is true, then anyone who has accepted the role of poet should always be prepared for those brief moments when we are immersed in that field of "pure awareness."


And it shouldn't take a hurricane for us to awaken.


Related Post: The Top 10 Things Every Writer Should Know

BRAVO! This entire post is nothing short of superb...I have learned much since I first encountered your blog...you keep raising your individual standard with each new insight...the poem is very emotional and heartfelt..Write On!

Thanks, James.
Writing that poem took a lot out of me, but it was worth it.

Guess I'm a writer myself. I know that feeling, when the desire to write a blog post hits you. BTW Love the poem.

Yes, you are, Leon. Yes you are.
Give thanks.

What James said. I don't think I could put it any better.

Thanks, Rethabile. Are you here in A-merry-ca?

Leaving on the 25th. Can't wait. One of the things I must do is go to our favourite restaurant in Knoxville, TN.

I love: "[He] whispers
over the sand in her throat."

Ironically I was just writing about this (on being a writer). When I took a break to read your post about John Maxwell (RIP), I came across this post. I'm so glad I did! I know this feeling...

Welcome & give thanks, Darlene.
Glad you liked it.