Children of the Matrix 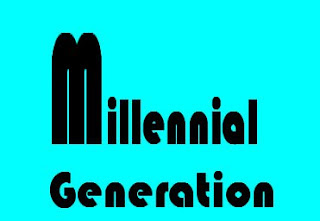 About two weeks ago, I was part of a group presentation at Miami Dade College on “The Millennial Generation” or as I like to call them, “Children of The Matrix.” Basically these are the children of the Baby Boomers who are now entering the work force and unlike their parents who are Digital Immigrants, the Millennials are Digital Residents. According to Reynol Junco and Jeanna Mastrodicasa ^, the Millennials share many of these characteristics:


97% own a computer
94% own a cell phone
76% use Instant Messaging.
15% of IM users are logged on 24 hours a day/7 days a week
34% use websites as their primary source of news
28% own a blog and 44% read blogs
49% download music using peer-to-peer file sharing
75% of college students have a Facebook account
60% own some type of portable music and/or video device such as an iPod.

One of the more interesting characteristics that the Millennials share with their Boomer parents is that they already being “dissected, analyzed, and pitched to by modern marketers," who will reinforce a sense of “generational distinctiveness.” (Wikipedia)

Now although "generational distinctiveness" is “shaped by the events, leaders, developments and trends of its time” (Wikipedia: Generation Y), I would also add economics, culture and geography. For although Jamaican Boomers, who like their North American counterparts grew up with television shows such as Father Knows Best, Bonanza, The Avengers, and Dr. Who, the Jamaican Boomers' musical tastes were grounded in reggae rather than rock and roll and therefore have different perspectives on community, politics, and aesthetics*

Another important difference is unlike North American Boomers who grew up with the knowledge of their demographic/economic/ political power and have institutionalized their desires for change into the “environmental movement and the women's movement,” Jamaican/ West Indian Boomers, except in the area of music, have not had the same scale of impact on their society. I’m thinking specifically about the gap between the revolutionary insights of Rastafari and the ethos of reggae that haven’t changed much with respect to agriculture and buying patterns in the economy, nor have they been translated into socio-economic/political models. Sure, there are pockets of progressive thinking here and there, but on the whole things haven’t changed, especially in the area of sexual preference.

Perhaps its because of the conservatism and the time needed to gain control of the party machineries that are obstacles to change. And although the Caribbean Boomers are slowly gaining power: Bruce Golding (Jamaica) 1947; Patrick Manning (Trinidad) 1946, and David John Thompson (Barbados) 1961, I wonder if they still have the “fire in the belly” that is necessary to mobilize the people, especially now that like several other island states, we face many environmental crises.

The North American Millennials seem prepared to do this because of their being “peer oriented and for seeking instant gratification.” In other words, they know how to build community and they want everything now. They have been told from the time that they were born that they can do anything. What they are also discovering something similar to Morpheus’s advice to Neo: “What you must learn is that these rules are no different than the rules of a computer system. Some of them can be bent. Others can be broken." Some of them are already exploring the outer edges of race relations through music and lifestyles and it will be interesting to see what other kinds of changes they will bring with them.

It will also be interesting to see if Jamaican/ Caribbean Millennials, who have grown up in a time when as Chris Blackwell said, “technology makes a joke of geography,” will have the same attitudes towards nationalism as my generation had. Will they be as bold as their North American brothers and sisters have been in demanding change in environmental policies? Will they have the patience which in the past has been necessary for real change. Or will they, as many in my generation, adopt the same old tired “rules” from colonial times that have nothing to do with freedom, but with the advancement of very narrow class interests and waiting for things to happen. Or for a crisis to change things.

Either way, the Millennials are here and by sheer numbers they’re gonna shake some things loose.


*As an interesting side note, judging by a survey on this blog, the majority of the readers are either belong to either Generation X ( Digital Adaptives) or Generation Jones (Digital Immigrants). I also wonder, given these demographics, what kind of readership my hypertext novel, Virtual Yardies, will have. Time will tell.
***

Keep in mind, dear Geoffrey, some older folk take to technology like ducks to water while others can't cope with digital. Back in 1995 I encountered an African "tribal chief" (for lack of a better description) online who subscribed to a techie newsletter I was writing at that time. He emailed me a photograph of himself outside his modest hut with a few animals nearby, laptop in his hands, satellite dish in the background... this fellow was in his 50s!

If you embrace technology, technology will hug you back.

This generalization helps me to capture the zeitgeist of the generation and assists educators/ managers to plan online courses using iPods at iTune U.

So, yes, you are right:"If you embrace technology, technology will hug you back."

Yes, it will be interesting to see where the "Children of the Matrix" will take us in the next 10 or 20 years. By the way, your look here has a summer feel to it. Time for vacation! :)

Stephen, I have high hopes for them.

Yeah, I'm trying a new look for the blog. We'll see how things work out.