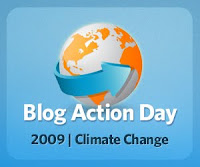 One of the persistent myths that should have been shattered by the discoveries of Copernicus, Galileo, and Darwin is that humans have a special place in the universe and that we were somehow separate from the rest of life on the planet. Nothing could have been further from the truth. In fact, our knowledge about the cosmic accident that created an evolutionary niche for mammals to flourish should have made us more appreciative of the fragility of life and the beauty that surrounds us--especially those of us from island nations like Jamaica.

Now it may just be a case of national pride (I grew up in post-Independence Jamaica), but I think Jamaica is one of the most beautiful places on the planet. Many Jamaicans would agree with me. And I also know some non-Jamaicans who would also agree with me.

The sad fact, however, is that sometimes we don’t act as if we live in a place of beauty, even when we receive warnings from scientists such as Anthony R. D. Porter about our environment:

the pace at which the ice sheets and glaciers are melting is downright scary to frightening…If the predictions being made are correct, then all of us in Jamaica and the Caribbean need to heed the warnings….We also need to set up a scientifically driven early warning and watchdog system to check and monitor the effects of rising sea levels, caused by increasing temperatures due to the increasing levels of carbon dioxide gas (CO2) being released into the atmosphere by the human race.

As John Maxwell has observed, geologists are not usually “alarmists”: “Geologists don’t usually do that, accustomed as they are to thinking in millions of years, aeons, epochs, and periods with Greek names like Triassic and Cenozoic.”

The implications of the release of carbon dioxide into the atmosphere are the resultant climate change are grave. According to Mr. Porter:

If a 10-ft rise should occur, then Port Royal, the Cays, Palisadoes Road, and Norman Manley Airport.

In short, planetary meltdown will result in economic, physical and social chaos, and human tragedy will be unprecedented in Jamaica's history, as every aspect of life will be affected - communications, fishing, food supplies, health, insurance, industry, power generation (if we still depend on oil), transportation, and so on.


Even now sections of the existing road surface are almost covered at high tide. Elsewhere in the island, all coastal sections less than 10 feet in height above the high tide mark will be inundated by the sea, including sections of coastal highways, beaches, hotels and other buildings, low-lying swamps, mangroves, Black River Morass, Negril Morass, and the Montego Bay International airport, to name a few: groundwater tables will rise, and weather patterns will change.

The evidence of climate change is already evident in island nations such as the Maldives. If as 350.org reports: “A warmer sea will translate into higher water levels, through thermal expansion of the ocean and storm surges. It will also damage coral, on which the islands depend for fishing and tourism,” then, the need for action is imminent. As Aminath Shauna, Deputy Undersecretary of President Mohamed Nasheed, has stated publicly: "Climate change is no joke for us: rising and warming seas pose an existential threat to the Maldives.”

Now while the problem of global climate change may seem insurmountable, I’ve always believed in the words of Margaret Mead: “Never doubt that a small group of thoughtful, committed citizens can change the world; indeed, it's the only thing that ever has.”

But we need to be vigilant. Mr. Porter continues:

We need to stay informed. And we need to ensure that any and all proposed development projects be carefully scrutinised, assessed and evaluated (especially those planned in coastal regions) by all concerned, be they architects, bankers, contractors, developers, engineers, or politicians, because global changes are occurring that we in Jamaica have little control over. It is a scary prospect, indeed!

Blog Action Day and similar events are some of the ways that we can stay informed about this issue. Change has happened in the past when we as a species have banded together and raised our consciousness about a threat. Out of that matrix, solutions have been generated and we have reaped the benefits. Some of these solutions have already appeared in organizations such as Urban Paradise, which is making a difference in places like Haiti.

Blog Action Day is only a first step. For if we do occupy a special place in the universe, it is because of our self-consciousness—the awareness of our mortality. This alone should propel us because it is only by our collective action that InI will save ourselves.