Toward a Floribbean Literature 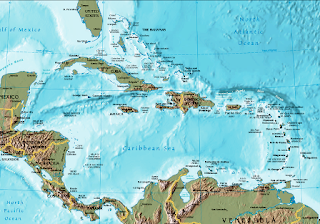 One of the insights I gained from the Florida Humanities Council’s conference, Florida and the Caribbean: Historic Ties and Cultural Connections, was the realization that there was a growing body of writing created by Caribbean authors living in Florida.  The collection could be called the “Literature of the Caribbean Diaspora in Florida” or the demotic “Floribbean” literature,” which I prefer. This term would include, but would not be limited to the following  Caribbean writers in whose work the distinguishing characteristics are that the speakers, narrators and/or main characters in their poems, short stories, novels and/or non-fiction are originally from the Caribbean (first or second generation), and the setting is in Florida.

Floribbean literature would be a subgenre of of Caribbean diasporic literature, which as been influenced by European, Asian, African diasporas and shares with these literatures these thematic concerns:

Displacement, Marginalization, and Alienation—from the dominant ethnic/cultural groups and within intra-national communities.

Effects of the Middle Passage and the “Limbo Gateway.”

Impact of American culture on the family and extended family.

Subalternity and/or the “Jazz” Novel.

Use of Christian and Yoruba based religions (Voudoun, Lukumi, and Obeah) and/ or these themes.

Use of magical realism.

Use of techniques from oral cultures (disruption of linearity, circularity--call and response).


Although the appearance of Floribbean literature is largely a twentieth century phenomenon, another of its more salient features, as a result of geographic proximity and the similarity in climate, flora and fauna, is a particular type of anxiety—from nostalgia to anger--in the narrators, speakers and/or main characters in the poems, short stories, novels and non-fiction of these Floribbean authors. For unlike the writing produced by writers in similar circumstances (Windrush, Negritude), the increased ability of the Caribbean populations to remain in contact with each other and with their homelands, either physically or through technology (Internet, etc), decreases the possibility of isolation and creation of discreet populations, so the hope of return to the homeland or the reasons for the impossibility of return  are even more pronounced.

It will be interesting to see if Floribbean literature will be as ephemeral as many of the strategies for survival of hurricanes, reflected in the lifestyle and architectures that link Florida and the Caribbean, or if in time, younger writers will build on the work of the these writers that will truly establish a tradition.