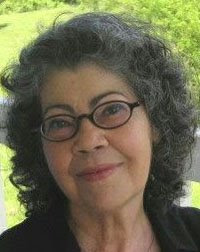 For those longing to read a good short story grounded in Caribbean reality, history and mythology, check out “Flying” by Olive Senior at The Maple Tree Literary Supplement.

His father had bought him a return ticket, first class at that, but as the plane banked sharply for its descent, he wondered if airlines reimbursed for the portion unused in case of death. He knew he would never return on that ticket. He was twenty-six years old, and he had come back to the island to die. His father didn’t know that, although he had recognised he was ill enough to warrant the comfort of first class. He was touched: his father was normally tight-fisted. Perhaps he did know. Perhaps everyone knew. Family, friends, strangers on the street. Everybody knew but nobody wanted to know.

Olive Senior was born in 1941 to peasant farmers in Trelawny, Jamaica, the seventh of ten children, and later migrated to Canada. She is the author of several collections of short stories: Summer Lighting (1986), Arrival of the Snake-Women (1989), and Discerner of Hearts (1995); collections of poetry Talking of Trees (1986), Gardening in the Tropics (1994), and Over the roofs of the world (2005); and non-fiction about Caribbean culture: A-Z of Jamaican Heritage (1984) – greatly expanded and republished in 2004 as The Encyclopedia of Jamaican Heritage – and Working Miracles: Women’s Life in the English Speaking Caribbean (1991).