Why Do I Continue to Write? 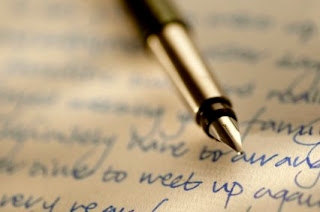 I continue to write because I am from a marginalized race/culture and I work in an even more marginalized discipline/craft. I say this not to claim any sort of victim status (to which I am thoroughly opposed) but merely as a statement of fact--as a backdrop to my actions.

You see, I once had a life changing experience through a work of art. I've written about it elsewhere, but in a nutshell, it was around 1974 when I was still living in Jamaica. I was walking through my old stomping grounds, Mona Heights, Kingston 6, Jamaica, West Indies, when it seemed as if every radio in my neighborhood was playing Bob Marley's "Natty Dread.” I was transfixed. And then, it seemed, I was also walking up my own, "First Street, Second Street, Third Street... I've got to reach Seventh Street".

I had a sense of belonging within the song and at the same time in the real world--simultaneously inhabiting the world of the artist and my world at the same time. It was exhilarating. Marley had chosen the landscape as the subject of his art form. This was revolutionary because we are still arguing about the "proper subjects" of art in the Caribbean. The oak or the mango? This has all the hallmarks of colonialism and the diminished sense of self that imperialism, by its very nature, inculcates into the subjects of empire: "I will never be good enough. Nothing that I do will ever be good enough. Nothing that surrounds me will ever be good enough for anything."

"Natty Dread" and "Trench Town Rock" put an end to that for me.

It's sad, however, that many of my brothers and sisters still carry around that POV.

That's why we're always jumping up and down in the background when the cameras come into our neighborhoods to investigate the latest murder or scandal and the "real" people are in front of the camera.

We'll never get the chance to be real because we aren't important to ourselves or other people except as victims and statistics of crime and poverty.

So, I continue to write about my people, my landscape because I think they are important, real and the proper subjects of art (Annie Paul).

Here are some of the subjects that I intend to cover in the blogs:

Congratuations on the blog and for having the passion to write. Look forward to reading more of your blog posts.

Give thanks, Tracey.
1 Love,
Geoffrey

I just found you by way of 7 Links Challenge. As a first post, this was terrific. I am embarrassed to admit that my first post is extremely elementary in comparison. But enough of that.

You're an interesting writer and I agree so much about what you say about a culture of poverty. The word "poverty" does not only apply to an economic state but also to a personal state. And many times, people are/believe what others believe them to be; yet, this is where the tragedy lies. I am so happy to see that you are taking this ignorant view and writing and showing instead the beauty and history and richness of your culture.

Rebecca, glad you liked the post. Yes, it's time to renunciate some bad memes and move into a positive vibration..it's time..Jah knows!