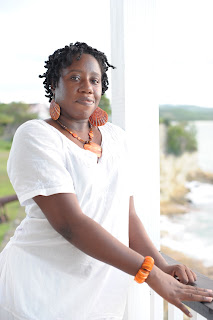 This has really made my day, and brought me a little bit closer to one of my favorite new writers.

Thank you all so much!

Thank you, Andre for dropping by..& giving us your blessings...
1Love,
geoffrey