New Book: Sovereignty of the Imagination by George Lamming 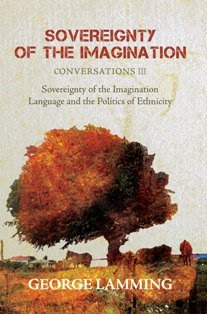 The tight relationship between politics, knowledge, language, and the spaces of freedom in Lamming’s writings makes him one of the most important political novelists in Caribbean literature,” said Anthony Bogues, a political scientist at Brown University.

Writer Fabian Badejo said that the Barbadian author’s text is “rich, elegant and intellectually seductive as ever; the thrust always towards a new Caribbean ‘with the sovereign right to define its own reality and order its own priorities’.”

It is as if he were humming Bob Marley’s "Redemption Song" as a dirge, then intoning it as an anthem of ‘cultural sovereignty’ which [Lamming] describes as ‘the free definition and articulation of the collective self, whatever the rigor of external constraints’,” said Badejo.

For Lamming to publish a book of this quality in the Caribbean when he is much sought after by publishers abroad, is also an investment in his belief and work, in the people and region where his life’s commitment abides,” said Sample.


Sovereignty of the Imagination is available at Amazon, spdbooks.org, Novelty Trading Company and House of Nehesi Publishers. Ask at your favorite bookstore.