A Conversation With Imani 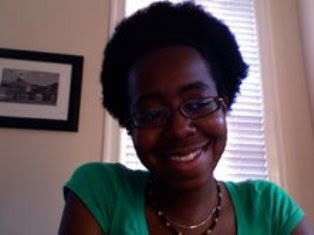 Imani was born in Jamaica's tourist capital where she led a typical spoiled middle-class existence with her mother and aunt until her little brother decided to make an appearance. A "problem student" and chronic "underachiever" at a few respectable all-girls high schools, she fell into another middle-class trend and completed four years of university abroad. After a blessedly brief stint at Health Canada, she returned to the welcoming bosom of academia. She now lives in a quiet university town in Southern Ontario with an urban planner, an English major, and a cat named Baby Girl.

Where were you born?

I was born at the Mt. Salem hospital in Montego Bay on Tuesday, Dec. 13th and 11:30 PM. At least, that's how I remember it was recorded in my baby photo album. My current "family life" is primarily limited to phone calls and e-mails, as I'm the only one in Canada. The rest -- my mother, most of my aunts and various cousins -- are split between South Florida and Kingston which has my grandfather, the rest of my cousins and a younger brother who chose to attend high school there as he had no interest in the American version. We visit together during summer and/or Christmas.

What do you do for a living? Why did you choose this vocation?

A living? I've made the fatal mistake of becoming a grad student in order to pursue my interests in law and bioethics, particularly concerning neuroscience. Basically. I'm stuck on neuroscience because it's one of the last frontiers in science which gets my adrenaline going even if I'm not directly involved in any experiments. It's also miles away from my other more leisurely interests, which helps to keep my brain happy. Because I'm a grad student I'm also manning first year tutorial classes for one of my professors. At a later point in life, I'd like to spend a good five to ten years teaching.

Who are your three favorite writers?

This is an incredibly difficult question to which I cannot give a definite answer. So I'm just going to pull some names from the top of my head which will reflect how I feel at this moment: Lorna Goodison, Jorge Luis Borges, A.S. Byatt.

Goodison because she was the first Jamaican writer I read whose works reflected an emotional complexity and, though I couldn't describe as such at the time, an aesthetic quality that satisfied a hunger I didn't know existed at the time. I read "For My Mother (may I inherit half her strength)" in grade 10 and was a goner.

Borges because his writings contain the whole world: past, present and future. Reading his stories and poems is like time travel.

Byatt because she's clearly as obsessed with mythology and 19th C British authors as I am. She also creates images that remain for years after and understands that mathematicians are dreamers. (Read "Virgin in the Garden")

What was the first book you fell in love with and how have your reading habits changed over the years?

You know, I don't really remember, which is probably a horrible thing to say for a reader. I'm not sure whether it was the Naughtiest Girl in Boarding School series by Enid Blyton or Romeo & Juliet by Shakespeare. On a certain level my reading habits aren't really that different now. I still enjoy children's literature, Diana Wynne Jones probably being my favourite of the lot, and I still dig Shakespeare. A major difference is that my tastes have extended far beyond England's border and I now enjoy and am familiar with a lot of contemporary American, Canadian and classic French lit. I've even discovered Jamaican novelists (imagine!) and have just finished A Quality of Violence by Salkey.

What are you reading now?

Too many things. I'm still with Paradise Lost aching for my poor Satan because he's about to get whooped by Jesus. Crystal Rain by Tobias S. Buckell, as I've been asked to review his second book if I like the first. Mulligan Stew by Gilbert Sorrentino which makes me laugh so hard I can only read so many pages a day, and then I must spare my stomach. And, finally, Demons by Dostoevsky, which is proving to be more entertaining and amusing than I expected.

Email ThisBlogThis!Share to TwitterShare to FacebookShare to Pinterest
Labels: #jamaicanblogger, A Conversation With, Books, Canada, Caribbean

"...aching for my poor Satan"--Too funny. I had no idea she had so much sympathy for the devil!

I hear what she's saying about favourite authors. With a few exceptions, mine are totally dependent on my current mood as well.

Thank you and welcome!