In My Own Words: Rabindranath Maharaj 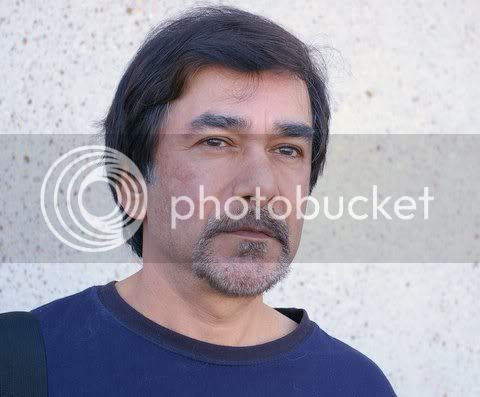 My most recent novel, A Perfect Pledge, began with a solitary image of an old man toiling away in a canefield shadowed by a windmill. The novel progressed slowly at first, stuttering until chapter four when I changed the voice and almost immediately everything came together- the conclusion, the value of some of the secondary characters and a clarification of the main theme.

This novel was different from my previous novels in several ways. All the other books explored the immigrant experience, and they were all set in Canada. A Perfect Pledge was set in Trinidad and in this novel, I was more interested in the ambivalence that many West Indians feel about the canefields, a reminder of more oppressive times and also a means to a livelihood.

A Perfect Pledge was also a more complicated novel to plot. It took three years to complete, more than twice the time of my other novels, and because it was set in the late sixties, I had to rely on (occasionally unreliable) early memories of village Trinidad.

However, there were also similarities between this book and the others. Some writers begin their books from an idea or a theme or a rough plot. My books each begin with an image. From this image, a couple characters emerge and wander around for a while. Some of them wander right off the pages and others become more important. They dictate the plot and the voice. For instance, in a just completed manuscript, a secondary character, a librarian who complains endlessly about the memoirs clogging up the library shelves- he begins to see himself as a custodian of misery - gradually grew in importance to become a central character.

I write constantly until the book is finished and then I return to Trinidad for a little lime before I begin my next book.

Rabindranath Maharaj is the author of A Perfect Pledge, which was short listed for a Commonwealth Writers' Prize, and the 2006 Rogers Fiction Prize. His two previous novels: The Lagahoo's Apprentice, was a Globe and Mail and Toronto Star notable book of the year; and Homer in Flight, was nominated for the Chapters/Books in Canada First Novel Award. He has also written two collections of short stories, The Book of Ifs and Buts, and The Interloper, which was nominated for a Regional Commonwealth Prize for Best First Book. Maharaj was born in Trinidad and now lives in Ajax, Ontario. He was the be the Writer in Residence at the Toronto Reference Library from September 2006 to December 2006. He now teaches at the Humber School For Writers.

Rabindranath Maharaj will be appearing at the Miami Book Fair International (November 4-11, 2007) at the Wolfson Campus of Miami Dade College.

Anthony C. Winkler was born in Kingston, Jamaica, in 1942. His first novel, The Painted Canoe, was published in 1984 to critical acclaim. This was followed by The Lunatic (1987), The Great Yacht Race (1992), Going Home to Teach (1995) and The Duppy (1997, Akashic 2008). A short story collection, The Annihilation of Fish and Other Stories, was published in 2004, and his latest novel, Dog War, was published by Akashic in June 2007. He has also written two movies, The Lunatic (1991) and The Annihilation of Fish (1999). The Burglary, a play, was produced in Kingston, Jamaica, in 1993 and in Toronto in 2005. Another play, The Hippopotamus Card, was produced in 2005 by the German radio station WDR under the title Das Rhinozerossystem. Winkler lives with his wife in Atlanta, Georgia.

Anthony Winkler will be appearing at the Miami Book Fair International (November 4-11, 2007) at the Wolfson Campus of Miami Dade College.

Email ThisBlogThis!Share to TwitterShare to FacebookShare to Pinterest
Labels: Caribbean, Caribbean authors, In My Own Words, Jamaica, Trinidad