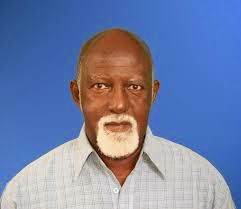 Throughout Mervyn Morris' first collection of poems, The Pond, the family is used as a setting for the most intimate and fearsome dramas. "Little Boy Crying" is no exception. In this poem, Morris investigates the complicated emotions between a father and his three year old son who has received a spanking because he has been playing in the rain. The themes of time, paternal love, and punishment are demonstrated in the complex pattern of word choice and shifts in point of view.

The poem begins by using word play to show change (bold) and water imagery (italics) to reveal the fluidity of time and introduces the theme of crime and punishment (underline):

Your mouth contorting in brief spite and hurt,
your laughter metamorphosed into howls,
your frame so recently relaxed now tight
with three year old frustration, your bright eyes
swimming tears, splashing your bare feet,
you stand there angling for a moment's hint
of guilt or sorrow for the quick slap struck.

Morris' wry sense of humor is especially present in the second stanza where he alludes to the language of (Grimms'?) fairy tales (superscript) to describe the only way that a three year old boy could see or understand his father's actions:

The ogre towers above you, that grim giant,
empty of feeling, a colossal cruel,
soon victim of the tale's conclusion, dead
at last. You hate him, you imagine
chopping clean the tree he's scrambling down
or plotting deeper pits to trap him in.

In the third stanza, the complexity of time/change (bold), crime, judgment and punishment (underline) are revealed in the emotions of the father, who will "piggy-back, bull-fight, anything" with his son who only understands play. Yet the father wants to teach his son a valuable lesson he "should learn." Both are suffering through the ordeal of punishment: the father who has a "fierce" love for his son and the son who is suffering because of the slap:

You cannot understand, not yet
the hurt your easy tears can scald him with
nor guess the wavering hidden behind that mask.
This fierce man longs to lift you, curb your sadness
with piggy-back or bull fight, anything,
but dare not ruin the lessons you should learn.

You must not make a plaything of the rain.

Of course, this appreciation does not do justice to the concept of the mask and the use of irony, integral parts of understanding Morris' poetics, which are hallmarks of his literary creations. For beneath his urbane intelligence there is a radical distrust of the tools such as language and metaphor that are used to explore our existential and epistemological dilemmas.

oh, what a great piece! i was previously unaware of mr. morris' works, so i thank you for the introduction! your appreciation for his work shows; great post.

Give thanks, upfromsumdirt.
Mervyn is one of my teachers.