In My Own Words: Shara McCallum 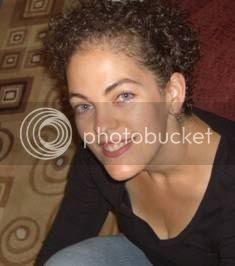 Shara McCallum is the author of two books of poems from the University of Pittsburgh Press, Song of Thieves (2003) and The Water Between Us (1999, winner of the 1998 Agnes Lynch Starrett Poetry Prize). The manuscript of her third book, "The Shore," was recently completed. Her work has appeared in numerous literary journals and over twenty anthologies. Originally from Jamaica, McCallum directs the Stadler Center for Poetry and teaches at Bucknell University. She is also on the faculty of the Stonecoast Low Residency MFA program. She lives in Pennsylvania with her husband and two young daughters.

The Poem: Between Worlds.

I'm the mother of two young children (a 3-yr. old and 14-month old, as I write this); being in their presence daily has intensified my interest in language. If I had to define my greatest pleasure in parenting, watching my daughters acquire language would be just shy of seeing them growing into their own bodies and personalities. Witnessing my children learning to talk has also served me well as a writer, reminding me of why I engage in this business with words at all. My daughters' frustration at not being able to express their wants and emotions opens up the wound that is language: the slippage between desire and speech. Over the past dozen years of taking poetry seriously, I have written into and out of that space.

Inevitably, it seems what writers love best in the poems we read is what we hope to do ourselves when we write. More than any other form of verbal expression, a poem must make me experience the pressure the writer feels of not being able to fully say whatever he or she believes must be said. For me, poems are always elegies, the poem itself being testament to what is lost—whether an idea, a moment, or a lifetime.

If language is a wound, ironically it is also the best solace for the wound. With my children, I think of their radiance or self-satisfaction when they have effectively communicated something—and thus felt understood. I find inexplicable those poems that seem to throw up their hands altogether at the difficulty of saying what it is you mean. A poem that sounds only the plaintive note of loss, loss, loss—whether in its form or content—is neither redemptive (something I value in art) nor ultimately interesting in the long run.

In my poems, I hope to achieve some tension between the ineffable and expressible, between loss and recovery, as represented and experienced through words. In the three books of poetry I've written so far, I've drawn from the raw material of my life. My first book dealt with my relationship to my parents, particularly my mother, and to leaving Jamaica as a child. My second book continued the theme of immigration while also chronicling my father's mental illness and subsequent death. In my most recent book, personal experiences with mothering and marriage are set against historical narratives and myths. Still, writing autobiography is not what I am after as a poet. The details of my life are important to my poems but must be transformed to serve the poems' ends: they must enact the struggle for self-knowledge that is at the core of poetry.

In this quest, more than in the presence of a discernible landscape or cultural markers in our works, we writers from the Caribbean share fertile ground. I don't think it's an overstatement to say that Caribbean writers have a heightened sense of the existential condition of exile from a real or imagined "Eden.” Our language (creole/nation language/patwa/patois) is archival, recording a history of loss and resistance to loss. In retelling stories (personal, communal, and national), we are often searching for the thread between events of the past and ideas of who we are in the present and who we might become in future.

When I write, I often find myself grappling with issues of language and identity, as well as the interconnection between the two; but when I think about what I hope most for my poems, it is that they will approach these concerns (and any others) in a manner that is translucent. If I succeed in a poem, then words are a pane of glass between my present world and the one I sense is there, even if I can't reach or hold onto it.

Email ThisBlogThis!Share to TwitterShare to FacebookShare to Pinterest
Labels: #jamaicanblogger, Caribbean writers, Caribbean-American, In My Own Words, Shara McCallum

"a poem must make me experience the pressure the writer feels of not being able to fully say whatever he or she believes must be said."
I feel that pressure everytime I pluck a key or pick up a pen.

Geoffrey,
thanks for the info as always. Peace~