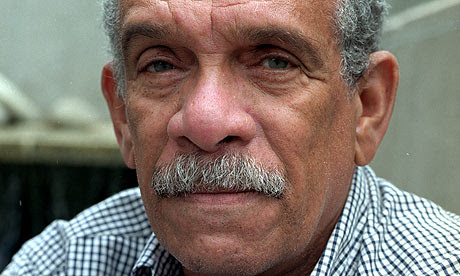 If as Peter Tosh sang, “People who live in glass houses shouldn’t throw stones,” then, the lawns of Oxford must be littered with shards after the withdrawal of Derek Walcott for the candidacy of Oxford poetry professor.

And it’s a shame.

For the whole point of being an Oxford poetry professor was to place the poet in a community of poets and scholars, and out of that dialogue, Walcott (if he had won) would have been contractually bound over the next five years as Dr Nicholas Shrimpton explained, “to give grand public lectures, not to teach students in examined courses.”

But an extra-literary smear campaign forced Walcott to resign from one of the most important positions in academia and within the community of poets. As Walcott put it: "I withdraw from the election to be professor of poetry at Oxford. I am disappointed that such low tactics have been used in this election and I do not want to get into a race for a post where it causes embarrassment to those who have chosen to support me for the role or to myself," he told the Evening Standard. "I already have a great many work commitments and while I was happy to be put forward for the post, if it has degenerated into a low and degrading attempt at character assassination, I do not want to be part of it."

Now while I will not defend Walcott’s alleged personal behavior—which I hinted at in a response to William Logan’s snarky review of The Bounty—nor do not believe that “artistic license” gives anyone the right to behave in a destructive manner towards others, I agree with the line of reasoning posed by Oxford English professor Elleke Boehmer to her colleagues: “How many male professors of poetry of a certain age and generation can safely hold their hands up and say that they are entirely clear of any history of sexual harassment?" It does not excuse their actions, but anyone who has read the novels of Phillip Roth or Memories of My Melancholy Whores by Gabriel Garcia Marquez is well acquainted with the behavior of these men, especially Caribbean men, who are “of a certain age and generation.”

In our age of greed (AIG, anyone?), lust is not the only vice as Dante’s Inferno reminds us--something that my father, an accountant and also a member of that “certain age and generation,” in his own way taught me in a backhanded compliment for one of his co-workers: “ I can leave X with a million pounds and come back in ten years and not even a farthing would be missing.” But then, he quickly added, “I wouldn’t leave your sister with him for a second.”

Hermione Lee, in confirming Walcott’s withdrawal, stated: "Oxford loses the opportunity to hear lectures on poetry for the next five years from one of the great poets of the world, a Nobel prize winner, an honorary doctor of Oxford University and a writer who is on the Oxford syllabus."

It’s not only Oxford, but the world.

Walcott's writing is way above my own personal reading capacity and I don't in anyway condone the alleged behaviour none the less this smacks of racism and reminds me of the review you wrote recently on Who's your daddy - maybe they thought this Black man would be a danger to their predominately white women - who knows but it stinks.

Give thanks, Sokari.
It's a complex issue and ad hominem attacks don't do any of us any good.

It is clear that decency and integrity is more important to Mr. Walcott than this job as an Oxford professor. My respect for him has just increased. He's a great example.

Stephen, thanks for the comment. These allegations have hounded Walcott for years and some may be true.

What bothers me, however, is the level of vitriol directed at Walcott and that this has not been the first time that he has been subjected to this kind of public humiliation.

The fact that the campaign was anonymous should also tell us something. It seems as if his detractors want Walcott to PAY for his SINS as THEY have judged him.

It's always easy to nab someone for lust, but what about the other sins of greed, envy, wrath, gluttony?

Yes Geoffrey, Walcott's detractors do want him to pay for his Sins. Mr. Walcott may have done the right thing by removing himself from the candidacy for Oxford Poetry Professor.Indeed, it will be Oxford's loss. Interesting point with respect to the other sins such as greed, envy, wrath and gluttony. Apparently, there is a certain level of SELECTIVE MORALITY which is generally employed and which results in lust being given a greater sense of import with respect to punishment/low tactics vis-a-vis the others. Again, it will be Oxford's loss.Nuff respect!!

Esteban, maybe we should also check their tax records?

As to this being "Oxford's loss", I'm not sure people reading the reports and comments will be aware that most of Oxford is well aware of this - everyone I've talked to was backing Walcott and is now deeply pissed off (he was widely recognised to be the front runner), both that he won't be coming and that for the next 5 years we'll be stuck, most likely, with a forgettable poet whose rise owes more to the mediocre insularity of English poetry than it does to any poetic rocketfuel. It's just a shame Walcott didn't tough it out: he would have been elected and it would have been one in the eye for this sort of shrill and underhand witchhunting. To give such people no attention at all annoys them more than anything.

It is sad. I can only echo the anonymous opinion above. Sad because it is a victory for underhanded smear campaigns and sad because it leaves only one serious contender whose qualifications for the position are dubious at best.

Sokari, I don't think it's an issue of sexual fear. That's not the kind of issue in Britain that it is in the US. It may be an issue of xenophobia (that's happened before in the history of the professorship of poetry, when an American poet was proposed for the position and a number of more Colonel Blimp types were deeply upset -- the upshot of that donnybrook was that Edmund Blunden, a fine poet by the way, but not a great one, who hadn't originally been proposed for the position, ended up with the professorship). Or it may be good, old-fashioned racism.

As Geoffrey said, these accusations have been made before. A quarter-century ago.

Oxford awarded Walcott an honorary doctorate a couple of years ago, the chancellor describing Theodoricus Alton Walcott as vates egregie in granting him the degree.

This is so ugly. Sadly, it isn't surprising. I applaud Walcott's grace in stepping aside, even as I am troubled to think he may actually have done the things he was accused of so many years ago.

Whether he is guilty or not almost doesn't matter. The nature of this attack suggests that, even if old allegations didn't exist, his attackers would have cooked up something of their own. Anything to smear his name and keep him out of this post.

Your quote from Boehmer really says it all.

This is a loss on so many levels.

(Sending you good vibes for the Calabash trip.)

Girl Griot, there was also a disconnect because he would have never been in a position to be alone with female students, so what was the point?

Like I said, lust is an easy target. But how about cruelty to teaching assistants? There are several abuses that tenured professors regularly mete out to undergrads that also smack of the abuse of power, but these are never reported.