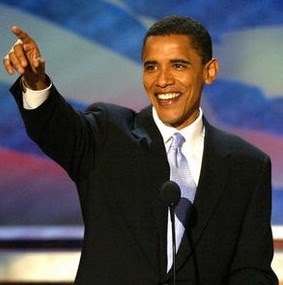 The ability of Americans to turn a page in history has always amazed me. Yet the election of Barack Hussein Obama to the highest office in the country has done just that—changed the course of history.

On many levels, Mr. Obama's election has meant a change in the way we think about each other. Many white Americans have had to put aside their fears of race retribution and their doubts that an African American had the intellectual acumen for the presidency—a canard that was often used to deny many talented African Americans the position of quarterback in major league football. Within the African American community, there is a sense of triumph and euphoria--one of their own has risen from the nightmare of slavery, racism, and segregation to realize the theme encoded in the so-called "Negro Spirituals"—the dream of freedom.

And yet as revolutionary as Mr. Obama's election appears, there is also something profoundly traditional in the choice that is steeped in American values. First, there is American pragmatism. Mr. Obama was elected because he seemed to be the only candidate who was ready to get the job done: to change the course of the country, economy, and America's standing in the world.

There is also the American resistance to privilege. It is ironic that both men came to represent the opposite of their racial stereotypes. For whereas Mr. McCain's campaign stressed his long years of service, almost as if he was "owed" the job—a charge often leveled at many African Americans—Mr. Obama never took anything for granted and fought for very vote. And this is why he won. For in the end, Barack Hussein Obama embodied the traditional values of the republic.

This, however, is only the beginning. Mr. Obama's presidency is symbolic of the change we desire. But as my Sunday school teacher used to say, "Faith without works is dead." And as Mr. Obama early in the campaign reminded us, "This election is not about me, it's about you." How much were we willing to give up, sacrifice, to become better versions of ourselves?

Well, we've taken the first step. But this change won't be easy. For just as in our personal lives, once we decide to make a change, old demons rise up to test us if we are worthy of the new role, in the same way, America's demons will surely rise up to challenge our collective will. Mr. Obama has already warned us, "Power never concedes easily." We have powerful demons in our past that have now been awakened, and I hope that for all our sakes, we are ready for the work of change.

Give thanks, Leon and JDID!

I agree Geoffrey! My hope is that Obama does his job, and I can truly say that he confident that he WILL.

"Mr. Obama was elected because he seemed to be the only candidate who was ready to get the job done: to change the course of the country, economy, and America's standing in the world."

True word. His whole body language last night gave that assurance as well. I wish him the best as he sets to getting the job done.

excellent post, there is such hope and potential now

I hope and pray that he will. I feel another post about this coming on & I'll probably come back to the writing...