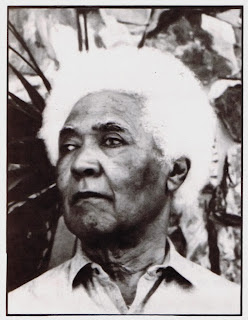 I learned many things from Felix Morisseau-Leroy and one of the most important was his commitment to the Haitian Creole language.

A person’s or a people's language is breath and to denigrate a language is to deny life. Devalue and then decimate has always been the practice of conquerors. Morisseau-Leroy sought to reverse centuries of devaluation and upheld the dignity of Haitians even when they were peppered with epithets such as “boat people.” 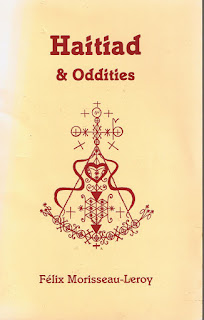 
Felix Morisseau-Leroy was born in Grand-Gosier, Haiti and had degrees from the University of Haiti, Columbia, New York City College, and the New School of Social Research. He was exiled in 1959 and lived in Africa and the United States.

In Ghana, he served as national organizer of drama and literature at the Arts Council and in Senegal, as Technical Adviser of the Senegalese Federation of People’s Theater.
He wrote numerous books of poetry, novels, and plays including “Ravinodyab,” “Plenitudes,” “Recolte,” “Diacoute,” and “Antigone in Creole” which was performed at the Theater of the Nations in Paris. His works have been translated into French, English, Spanish, German, Russian, Fanti, Twi, and Wolof, and his plays have been performed around the world.
Although he was multilingual, Felix Morisseau-Leroy preferred to write in Creole, because he wished “to express the deepest feelings, emotions, and aspirations of the people for whom he claimed to be a mere “scribe.”
***

The strength of a thought is well-served by simple words, as Mr Morisseau-Leroy shows us, yet again.

He also lived in Jamaica, Geoff.