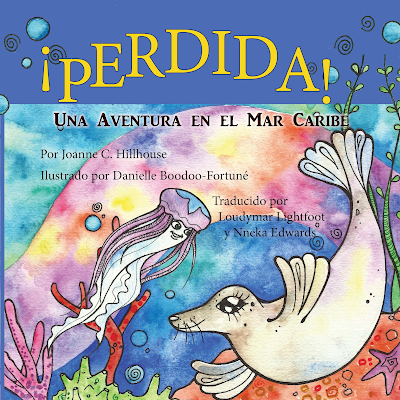 ¡Perdida! Una Aventura En El Mar Caribe (Lost! A Caribbean Sea Adventure) is one of two new picture book titles (the other being Dulce Victoria/Sweet Victory) in translation from CaribbeanReads – the first Spanish language titles from the independent publisher. Both debuted at the Miami Book Fair in November 2018. Additionally, Joanne C. Hillhouse, the Antiguan and Barbudan author of Lost!/¡Perdida!  read at the Fair, as part of a panel entitled Read Caribbean presents Adventures for Kids. 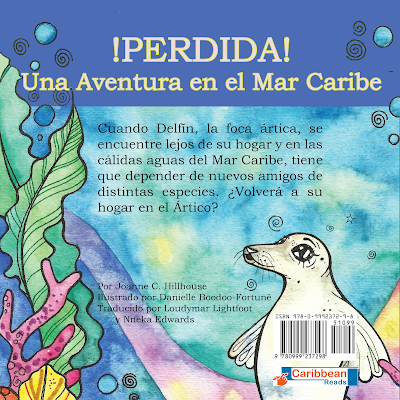 The book reimagines the real life tale of an Arctic seal who became stranded on a beach in Antigua and had to be rescued. It is illustrated by Trinidadian poet and artist Danielle Boodoo Fortune, and has been translated by Loudymar Lightfoot and Nneka Edwards.

Hillhouse believes that the underwater adventure, which is about making new friends and being kind to others (as well as an original tale associated environmental themes) will travel well. Since the release of the original last year, reviews have reflected the universal appeal of this Caribbean specific tale.

“This was a charming, honest narrative about friendship and adventure.," wrote blogger The Caffeinated Reviewer at Nonna’s Corner, who added that its environmental theme, “opens the door for discussions on preserving our earth and wildlife.” Over at The Feathered Quill, another book review site, ¡Perdida! Una Aventura En El Mar Caribe was described as “an enjoyable read that is sure to captivate young readers." The review also touted the fun and fascinating environmental facts.

Kirkus Reviews said “Children will likely relate well to this story of getting lost while daydreaming and to the reassurance that kindly adults will look after strays. The book also gives them a chance to learn more about the work of environmentalists and Caribbean sea life. An appealing book, all the more so for being based on real life.”

Inspired by the real life efforts of an island to save a wandering Arctic seal, the story has delightful characters such as Dolphin and other anthropomorphic characters such as Coral, the Jellyfish. As one rescuer put it, "It was in many ways about the best of the human spirit...how a community rallied to make sure that a stranger who wandered into inhabitable (for him) territory found his way home." 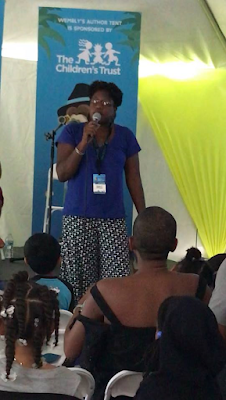 The announcement of the Spanish edition was made by CaribbeanReads – which has also issued the book (the English version) in print, Kindle, and audio versions – in a recent newsletter. The newsletter also announced that Musical Youth, a Burt Award winning teen/young adult title, also published by CaribbeanReads, is now on the Antigua and Barbuda schools’ curriculum. Lost! is one of six books of fiction, and one of two picture books, by Joanne C. Hillhouse.

For all of Hillhouse’s books and more (including first pages of both Lost! and ¡Perdida!, visit her blog: http://jhohadli.wordpress.com

Visit the Lost! page on her publisher site at http://www.caribbeanreads.com/lost

And check out the announcement re the Lost! Spanish language edition in the CaribbeanReads newsletter https://mailchi.mp/e815cec23c95/spanish-titles-2018?fbclid=IwAR3oLIZeU_hTbtPgnmH3Bc-Aunw9vp8PSzDVMGiaDY6L64FQNlLw1iUNSok