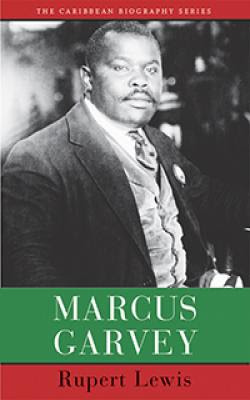 What's the book about?
This biography of Marcus Garvey documents the forging of his remarkable vision of pan-Africanism and highlights his organizational skills in framing a response to the radical global popular upsurge following the First World War (1914–1918).

Why am I reading the book?

Professor Rupert Lewis is one of the leading scholars on Marcus Garvey's life and work. For fifty years he has been a public educator on Marcus Garvey and the Garvey movement. He is the author of Marcus Garvey: Anti-Colonial Champion and Walter Rodney’s Intellectual and Political Thought, and co-editor (with Patrick Bryan) of Garvey: His Work and Impact and (with Maureen Warner-Lewis) of Garvey: Africa, Europe, the Americas. He is also the co-editor (with Maureen Warner-Lewis) of Garvey: Africa, Europe, the Americas (Trenton: Africa World Press, 1994). Professor Lewis has served as member of the Council of the Institute of Jamaica and as Chairman of the African-Caribbean Institute of Jamaica and Jamaica Memory Bank. He is also Chairman of the “Friends of Liberty Hall – The Legacy of Marcus Garvey,” comprising a multimedia museum, library, an outreach project in downtown Kingston and a journal 76 King St. He is a member of the Jamaica Reparations Commission appointed by the Government of Jamaica which began work in May 2009. Follow him on Twitter @gbgandad.

Quote from the book:

"Throughout Garvey’s life controversy about his ideals and his leadership meant that the functioned in perpetual ideological, cultural, political, and economic minefields as he sought to challenge the racial subordination and economic exploitation being experienced by Africans. He was not always right on tactical issues, but the need for realignment of power in the interest of Africa and its peoples called for the fundamental restructuring of global power" (10).

For my review on Amazon,  please follow this link: Marcus Garvey

I've modified this format from One Minute Book Reviews: http://oneminutebookreviews.wordpress.com/
on September 03, 2018