A Brief History of the Exoneration of Marcus Garvey 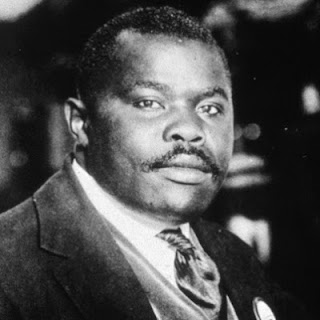 Over the past six months, I've heard many competing claims about the exoneration of Marcus Garvey. In order to set the record straight, here's an excerpt from The Marcus Garvey and Universal Negro Improvement Association Papers, Volume 7.

Since then, Representative Charles Rangel has reintroduced the bill, at least two times.

In fact, on January 10, 2007, Representative Charles Rangel reintroduced H. Con. Res. 24 to the 110th Congress: "Expressing the sense of the Congress that the President should grant a pardon to Marcus Mosiah Garvey to clear his name and affirm his innocence of crimes for which he was unjustly prosecuted and convicted." This bill didn't make it out of committee.

This is the reason why I've posted a petition on Causes.com for Representative Frederica Wilson to champion in Congress.

We, the undersigned, are requesting the assistance of our representatives in reintroducing the resolution with the following change in the wording: "Expressing the sense of the Congress that the President should exonerate Marcus Mosiah Garvey to clear his name and affirm his innocence of crimes for which he was unjustly prosecuted and convicted." We urge Congress to take action and reintroduce H.Con.Res. 24 to exonerate Marcus Mosiah Garvey.

As a result of our efforts, we delivered 11,009 signatures to Representative Wilson's office on November 9, 2013.

Greetings, Geoffrey.
The meeting of the Coalition for the Exoneration of Marcus Garvey this past Saturday was useful, as a further step towards a better coordinating of our separate and joint efforts. Building on that, I want to point out a small but very significant detail.

The excerpt from the US House of Representatives' transcript, which is contained in the blogpost titled "A Brief History of the Exoneration of Marcus Garvey," fails to do what is most needed in the whole matter of Pardon/Exoneration;
IT DOES NOT SUFFICIENTLY CLARIFY THE NECESSARY AND MOST CRUCIAL CENTRAL STRATEGIC POINT, namely that "EXONERATION" AND "PARDON" DO NOT MEAN THE SAME THING, AND THE WORDS SHOULD NOT BE USED INTERCHANGEABLY.

Given the political astuteness of Jamaica's former PM, Edward Seaga, I suspect that his placing of the word 'full' before 'pardon' skilfully continued the obfuscation that has allowed the public to continue down an underiable road -- i.e. towards admitting guilt, which is what accepting a 'pardon' is about.

That semantic ploy (saying 'pardon' when we want exoneration) has allowed - and continues to allow -- politicians, their lawyers, and their fellow-trsvelers to play political and legalistic games with this matter.

It is therefore very important that everyone be clear that there is a very REAL and CRUCIAL difference between the two terms, in the dictionary and in law.

Remember, always, that MOST PEOPLE ARE NOT AUTOMATICALLY AWARE OF THIS VERY IMPORTANT DIFFERENCE. We have to be careful to differentiate between the two words.

Those who in the past first started asking for a "Pardon" for Marcus Garvey made a serious and fundamental error, one which needs correcting. Let us be careful to not repeat or reinforce that error. Let us use every opportunity to make the difference absolutely clear.

To simply repeat and disseminate unclear, incorrect, or incomplete information (no matter the source) is likely to result in success in gaining an objective very different from -- and actually counter to -- THE REAL OBJECTIVE: EXONERATION.

The innocent need no 'pardon.'

Give thanks for the needed clarification, Don Rico.