What is a Caribbean Classic?: Charmaine Valere 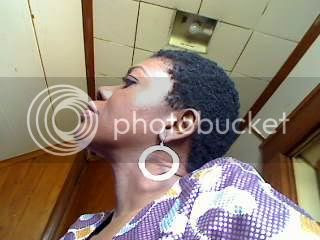 Huck Finn in the tropics?

So I’m having a conversation with a friend about our favourite books of all time, and he says one of his is Huckleberry Finn. Now he has never studied literature in America, and his literature studies in the Caribbean were not American-bent. In fact, the books he read in school included works by Naipaul, Selvon, Rhone, and others from the Caribbean. That he not only read Huck Finn (1885), but also identified with its characters and messages, is testament to the power of a literary classic.


The power to transcend time and place (have a certain universal appeal) though, is probably the latter part of the story about what comprises a classic work of literature. A classic should first capture the essence of a particular time and place, it should express some artistic quality, it should have been around long enough to stand the test of time and to merit lasting recognition, and it should make connections between other writers and other great works of literature (i.e., show some acknowledgement of previous greats).


I’d have very little problems identifying and discussing the classic qualities of many of the canonized works by American writers, particularly the ones that are forever on the syllabi of literature courses in American high schools, colleges and universities, but, I don’t feel as comfortable talking about Caribbean classics. I’m also not comfortable applying the definition I give above to the Caribbean classic. I am not implying that the Caribbean classic should be held to some lesser standard of assessment; I’m simply being cautious about applying my mostly Westernized way of thinking (and way of applying paradigms) to writings that I am not ready to assess collectively in a theoretic manner.


For one thing, the Caribbean classics I can talk about to some degree are relatively new—the oldest dates back 70 years or so, and most of the others are from the 1980s—which would make them modern classics or contemporary classics. Plus, it’s questionable how well-known the Caribbean classics I’ll mention are. Some may have had more “outside” than local appeal. So, there must necessarily be at least two asterisks to applying my definition of classic to the Caribbean classic: having stood the test of time is relative to the age of the “canon,” and “universal appeal” is relative to a variety of factors concerning where and how the classic was published and shared…


(Huge mouthful for tek wha me seh wid a dose a salts.)


I would personally enjoy discussing the classic qualities of Naipaul’s Miguel Street, Walcott’s Dream on Monkey Mountain, or Lamming’s In the Castle of My Skin, but duty beckons elsewhere. My signifyin’ Guyana journey dictates that I focus on works by Guyanese writers—-a journey that is by no means over and is therefore incomplete.


Who and what amongst Guyanese writers and writing should be considered classic?


Edgar Mittelholzer, of course. He is credited with being the first professional novelist to come out of the English-speaking Caribbean. His themes, which capture a certain mood and sentiment of the Berbice area in Guyana’s history, as well as his handling of a broader condition of ethnic identity in Guyana, ethnic relations, and folklore in My Bones and My Flute (1955), Corentyne Thunder (1941), and Shadows Move Among Them (1951)--full of influences from Edgar Allen Poe and other greats of the mystery / macabre genre--would certainly earn him a place on a list of Caribbean classics.


Another indisputable classic Guyanese writer would be Martin Carter whose collection of Poems of Resistance from British Guyana (1954) captures the essence of a particular and a general colonial experience in Guyana.


Ian McDonald, described by Jamaican professor and scholar, Edward Baugh, as the Robert Frost of South America, would also be undeniably deserving of a place on a list of Caribbean classics. His poems and short stories, which span an impressive length of time—-from the 1950s to the present—-are marked with Caribbean characters and places that should be fittingly memorialized in a Caribbean canon of classic writing. So too are David Dabydeen’s characters in his early works-—particularly those in Coolie Odyssey—-deserving of a place in a Caribbean canon of classic writing.


Walter Rodney is probably best know for his political activism, and his style of sharing and developing his beliefs about race, politics, culture, e.t.c., and much of his style, his art of argumentation (Socratic mostly) can be found in his writing. His influential argument of the nature of the slave trade in How Europe Underdeveloped Africa should definitely be included in a list of Caribbean classic writings.


A major portion of Guyanese art was created to be experienced visually or aurally. Because of that much of the groundbreaking work by influential artists—poets, playwrights, e.t.c.—was never made into “book” form. Should that fact exclude them from being considered in a category of Caribbean classic writing? Some may understandably say yes. After all, any work deemed classic should be visible to all and should be in a form which can easily be passed on if it truly merits lasting recognition. Much of Wordsworth McAndrew’s work is not in collected written form, at least not yet. But we do have many anthologized sightings of his “Ol’ Higue,” which has stood the test of time as a standard form of storytelling that includes elements of folklore and the didactic. “Ol’ Higue” certainly belongs in a canon of Caribbean classic.


A major portion of stellar Guyanese writing is being done outside of Guyana. No surprise there considering migration numbers that continue to rise decade after decade. Two Guyanese writers—John Agard and Grace Nichols—have lived in the UK since the 1970s and have steadily been producing recognizably good work since the 1980s. Agard’s poem “Half-caste,” a series of musings on identity by a person of mixed ethnicity is a fixed presence on the English GCSE syllabus. His major themes of recovery from cultural / historical loss and ethnic identity have made him universally appealing, and he is deserving of being included in a list of Caribbean classics. So too is his partner Grace Nichols, whose collection I is a Long Memoried Woman (1983) won a Commonwealth prize (among other awards and praise). She has been recognized for her spirited handlings of gender, body, and identity in her works.


An abrupt ending for now...


Any list of Caribbean classics ultimately has to be the responsibility of Caribbean people wherever we are. And we’re not only responsible for creating a canon, but also for passing it on, discussing it, writing essays and dissertations on it, reading and rereading it, keeping it in print or visible in some form, and adding to it as time goes on.


What I have said here is but a small part of what should be an ongoing, multi-faceted act of preservation and pride in our art forms.


Charmaine Valere is a literature adjunct professor at Bloomfield College in New Jersey. Born in Guyana, she writes about Guyanese and Caribbean literature at www.signifyinguyana.typepad.com.